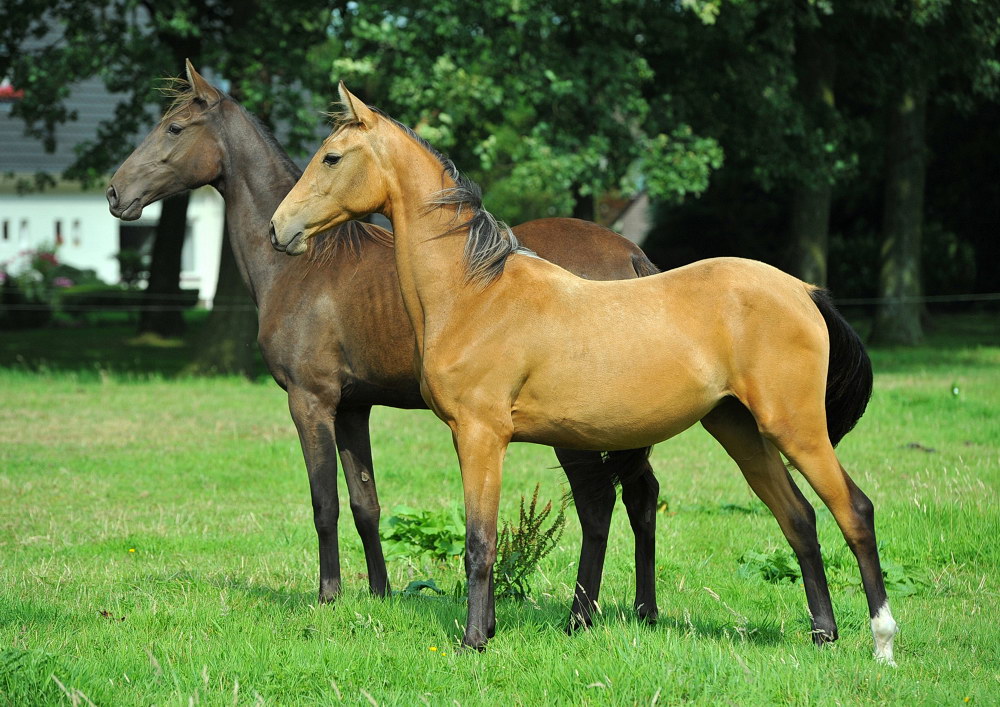 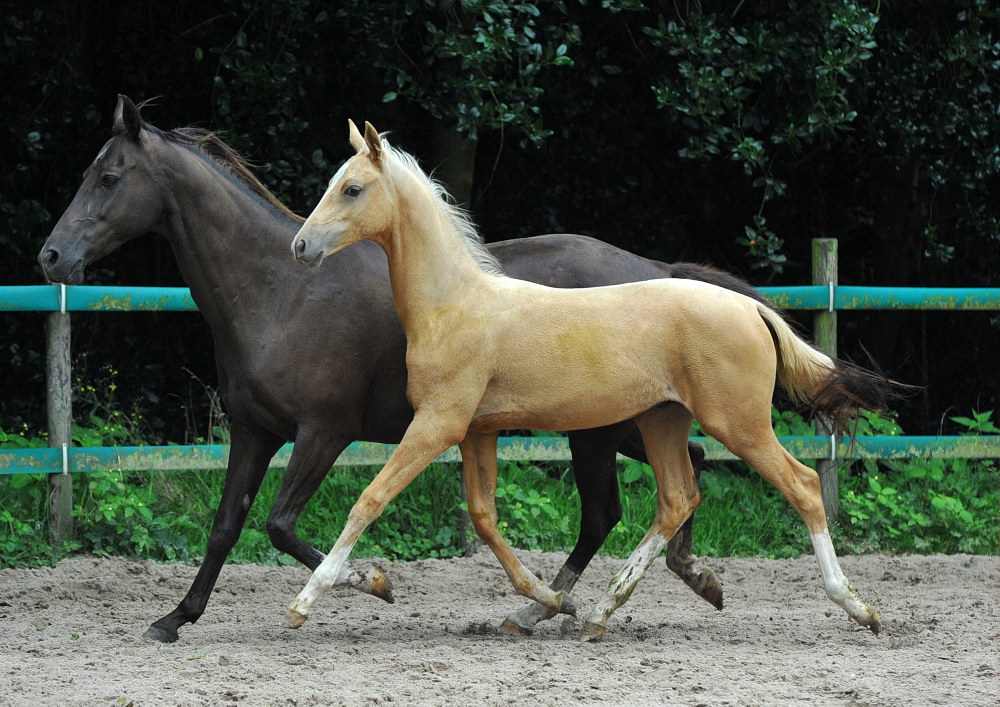 Out of the mists of prehistoric times, a breed of horses appeared in Central Asia that has maintained its conformation and purity up to the present day. It is an easily recognizable type, that of an elegant, long-lined horse, sober and courageous, endowed with great intelligence and stamina, and a loyal, man-oriented character. The ancient Chinese described them as Heavenly Horses long before the rise of Western civilization; the Greek historians knew them to be unwavering in battle and attributed the ancestry of Bucephalos – Alexander the Great’s favourite horse – to be, at least in part, from the steppes of Central Asia.

Throughout history these horses have been named after diverse peoples who bred them but since the 19th century they have been known as Akhal-Teke, Teke being the principle tribe that bred them and Akhal the oasis in the Kopet-Dag mountains of Turkmenistan, where they were based. The Akhal-Teke’s original homeland lay – long before maps delineated national borders – in the barren area of steppes and desert, more or less in what is today Turkmenistan and northern Iran. The isolation of these lands from the outside world guaranteed the purity of a breed that weathered the centuries with little or no immixture of other breeds. It is in this area that the largest number of genetically pure Akhal-Tekes are to be found, out of a world population of 3 to 4.000.

The reputation of this horse that above all was bred for its qualities as a fast, hardened cavalry horse, and the fact that the Turkmen nomads – when not engaged in raids and tribal wars – hired themselves as mercenaries to foreign potentates, caused mares and in particular breeding stallions to find their way to foreign lands: to the Middle East, Turkey, and from the 17th century on, to Europe. Of the three founding stallions of the English Thoroughbred, the Byerly Turk and possibly also the Godolphin Barb, were Akhal Tekes. Turkmainatty was an Akhal Teke imported to improve the Trakhener horse in Germany. As for the Arab, both breeds come from the same gene pool, the Arab having wandered from Central Asia south into Arabia some 3 to 5000 years ago. Through battle, raids and gifts, both breeds have had some later influence on each other.

The subjugation of the independent Turkmen princedoms by the Russian Empire in the 1880’s and, half a century later by the establishment of the Soviet authority, gravely threatened the existence of the Akhal-Teke. Tzarist Russia forbade raids and tribal wars, robbing the horse of its main raison d’etre ; the Soviets forbade private ownership even of horses, herded the nomads into apartment buildings and designated cooperatives and State farms as Horse Meat Production Units. On the other hand, individual horse lovers during both regimes introduced the discipline, administration and science needed to establish a creditable and reliable studbook along modern lines. No more word-of-mouth from father to son, from generation to generation, but since 1912 a well-documented studbook bolstered by scientific research, that gives insight into the bloodlines of the Akhal Teke founding sires and their progeny, and lays down the standards for conformation and performance.

The Akhal-Teke is bred from a system of about 18 sire lines, a few of which are rare and little known. The object is to breed horses that strengthen the characteristics of the foundation sires and basically fall into three categories of conformation and type:

3* Arab, Dor Bairam, Toporbai: of a slightly heavier conformation, valued for their stamina over long distances.

By maintaining awareness of these separate lines, and in view of the relatively small population of broodmares, unavoidable inbreeding is kept to a minimum.

In spite of variations between the sire lines, the Akhal-Teke has a distinct conformation that puts it apart from other breeds. It is a long-legged, long-backed horse between 1.54m and 1.64m in height; its head is finely molded with intelligent almond-shaped eyes, set on a neck that is long and carried high. Their gaits are light-footed and flat, carried forward by strong hindquarters, which makes them not only comfortable to ride but eminently suited for a variety of sports: endurance and eventing in particular but also for dressage and jumping. In 1960 the Akhal-Teke stallion Absent won the Gold Medal for dressage at the Olympic Games in Rome. He went on to win the silver and bronze medals at subsequent Games, which no other horse has ever done. The Akhal-Teke have dry legs and hard hooves, exceptional stamina and quick recovery after heavy workouts. A special feature is the golden, metallic sheen to their coat, no matter what the basic colour. This is caused by the unsually small nucleus of the hair, leaving more space for the medulla, the glassy material that covers the nucleus, thereby reflecting more light from its crystals. The breed allows for a wide palette of (solid) colours and has a widespread occurrence of the light factor, giving buckskin, palomino, cremello and perlino as well as the basic black, bay and chestnut in all its varieties.

The character of the Akhal-Teke is strongly oriented towards humans and its pronounced intelligence makes for easy training and handling. However, these horses tend to be one-man-horses and will not quickly forget or forgive rough and unfair treatment. They will form a very strong bond with their rider/handler and become a loyal friend for life. In times of warfare, if a horse returned to camp without its rider the tribe knew the man to be dead because the Akhal-Teke would never leave his wounded master in the field.

After the breakup of the Soviet Union, Turkmenistan claimed sole authority over the Akhal-Teke Studbook but then soon gave the administration back into Russian hands. MAAK was founded, the international arm of the VNIIK which is the Russian Association of Akhal-Teke Breeding and Research. MAAK issues international papers for horses exported or born abroad, based on bloodtyping, and is slowly making the transition to DNA typing. Representatives of MAAK – usually the Director Mrs. Tatiana Nikolaevna Ryabova – regularly travel to foreign breeders in order to grade their horses according to MAAK standards.